Anyone who knows me knows that Broadway shows are some of my favorite things in the world. And to get a little insight into what kind of person I am, I thought I’d share my top 5 Broadway shows and why I love them. So, in no particular order, here are my Top 5 Favorite Broadway Shows. (**SPOILERS AHEAD**)

1.     Heathers the Musical
For those of you who don’t know, Heathers is basically ‘80s Mean Girls except the main character’s boyfriend kills 3 people. While that may sound morbid, the show has amazing music, from awesome jams like “Candy Store” to power ballad duets like “Seventeen”. It’s raunchy, funny, sweet, and everyone wears shoulder pads and scrunchies. 10/10, would recommend.

2.     Fiddler on the Roof
Fiddler on the Roof takes place in a small Jewish town called Anatevka. It tells the story of Tevye and his family as his daughters grow up and get married. The story is beautiful, there is literally not a bad song, and the dance moves are iconic. This classic breaks my heart every time.

3.     A Gentleman’s Guide to Love and Murder
Gentleman’s Guide tells the story of Monty Navarro, who finds out he’s ninth in line to be the earl of Highhurst. So he decides to kill the eight people ahead of him to get on the throne to impress the woman he loves. The best part about this show is that all eight of Monty’s family members – men and women – are played by the same man. Between eight hilarious different characters portrayed by Jefferson Mays, and fun beautiful songs that are sure to have you laughing until you cry, Gentleman’s Guide earns a top spot in my heart.

4.     Next to Normal
Next to Normal is about a family coping with the mom’s bipolar disorder and depression after losing their son as an infant. It is a beautiful story about family and loss, and when I saw it for the first time at camp with my friends, we all went back to the bunk and cried about how sad and beautiful it was. Not the feel-good musical of the century, but a gorgeous and heartbreaking show with important messages about family.

5.     Our Town
Our Town is the only play on the list, as you can see. The story itself is not super plot-ty (?), but more generally about small town American life. On the surface, Our Town seems like a boring play that often breaks the fourth wall and just drones on with unnecessary details. In actuality, it is more about the omnipotent view of the “Stage Manager” character, and how life in the past, present, and future intertwine. It’s a beautiful idea, and there’s a heartbreaking monologue at the end that kills me every time. I’ve been in it, my brother’s been in it, and I’m reading it in my Dramatic Literature class right now. Its simplicity is what makes it so amazing. 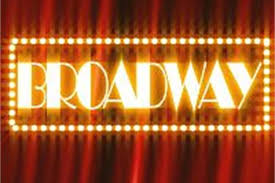 Posted by 4CallingBirds at 7:34 PM