Technology has given us many cool things – especially when one considers what is possible with movies these days.  Think Wakanda/Black Panther, Republic City/Avatar, and Panem/Hunger Games, etc.

And now, in addition to creating worlds, the fine folks in production studios are tasked with taking the visages of once real and living people and making them do things or “act” in movies they never intended to act in.  There are different degrees of this Celebrity Resurrection going on.

On the continuum starting with minimal doctoring would be the new Star Wars: Episode 9 movie coming out. Carrie Fisher, who passed away three years ago, will be reprising her character of Princess Leia without ever having given her consent. In this situation, the studio is using extra footage from Star Wars: The Rise of Skywalker and somehow convincingly folding it into the new movie.  Now, you may say that is not CGI-ing the person, but I argue that it almost certainly will be since there has got to be some finessing of Carrie’s image so as not to make the whole thing look absolutely wonky.  Which brings me to my next example.

Appearing on the big screen two decades after his death, British actor Peter Cushing’s likeness was used to recreate the role of Grand Moff Tarkin in Star Wars: Rise of Skywalker.  Here, the tech wizards had another actor do the acting, then superimposed Peter’s head over said actor.  I would imagine these days, in actor’s contracts, there is some language addressing the degree to which studios can utilize/transform/create/regurgitate the actor’s likeness. But you can bet twenty years ago, when Peter signed his contract, there was no language addressing this form of use.

Taking it one step further, I give you James Dean.  Yes, I am giving you James Dean.  Sixty-four years after his death.  In a movie he never intended to be in using technology that he never knew would be created. Look forward to Finding Jack, a movie about Vietnam, in 2020.

CGI technology has fostered many a discussion around my dinner table.  The kids do not seem to be troubled by the use of dead people re-animated at a writer’s and/or director’s will.  For me, it seems like a violation of privacy, a morphing of one’s memory, a distortion of a legacy.  Nonetheless, I will admit this is not all black and white.  It has occurred to me that Marilyn Monroe’s estate has kept the cash rolling in with endless reproductions of every last photo they could find – and is it a big deal if they photoshop a Santa hat on her or GAP jeans to sell something?  Somehow that does not bother me quite as much.  It feels more like a derivative work rather than a completely different work.

I am curious to know how other people feel on this topic? 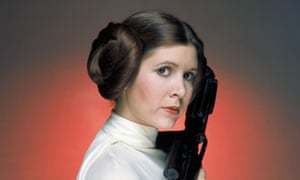 Posted by 4CallingBirds at 6:21 PM