Generally speaking, I’m a competitive person.  I think competition is healthy and drives people to put in extra effort and apply themselves.  I like playing board games, card games, competitive sports.  I even like doing the crossword against the clock.  I haven’t quite mastered that one but the timer keeps me guessing aggressively. 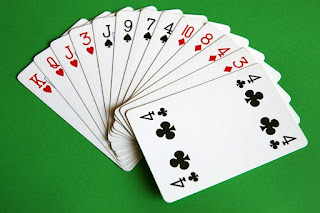 I used to be very hard on myself when I lost at games.  Nobody likes to lose.

When I used to play games with my kids when they were very young, I used to make it a little more competitive for them each time we played a game.  First round, I’d go easy and help them learn the game.  Next round, I would introduce a little strategy.  And so on.

I still remember the day playing tennis with my son, then a tall, strapping teenager, and I realized that if I didn’t really compete hard, he was going to beat me.  Of course he now beats me fairly regularly.  But I don’t mind that much.

Which brings me back around to losing.  At some point, winning at games became less important to me.  Now somebody out there is going to say that winning stopped mattering to me because I wasn’t winning.  But that’s not true.  Of course I still enjoy winning.  And I still win plenty, thank you very much.  But it isn’t essential to my enjoyment.  At some point, it became enough for me to just enjoy the experience of being with my family and/or friends.  Spending time together was enough.

So now when we play games, if I have a partner on a team and they want to play a risky move, I always encourage them to try it.  “Go for it”, I say.  “It’s only a game”, I say.  That usually provokes a laugh.  And sometimes we win.  Sometimes we don’t.  But we never finish a game saying “Darn, I wish I had only made that move.”

Posted by 4CallingBirds at 8:03 PM