My Thoughts on "Spiderman: No Way Home"

SPOILER ALERT!!!!! DO NOT READ THIS BLOG IF YOU DON’T WANT NO WAY HOME SPOILERS!

Today my brother and I got double-masked up and went to see Spiderman: No Way Home in theaters, because what kind of MCU fans would we be if we didn’t risk our lives to see this movie? So, I thought I would go over the movie and share my thoughts. Last spoiler warning!

First off, I thought the movie was excellent. I liked it better than basically every MCU movie since Avengers: Endgame two years ago. Bringing back Tobey Maguire and Andrew Garfield for the multiverse was ingenious, and I spent the first half of the movie on the edge of my seat waiting for the other Spideys to show up (and when they finally did, people cheered and clapped).

The scene with Aunt May dying was devastating, but also I think it made the most sense for her to die, especially the parallels between Peter losing yet another parental figure. I also cried like 6 different times throughout the movie, but maybe that’s just me.

Willem Defoe was excellent. I’d forgotten how good he was in the original Tobey Maguire movie, but he really nailed the Jekyll and Hyde thing. Was kind of hoping young James Franco would make a return, just because he’s so pretty, but it would have just made the plot too clunky and confusing.

I think they kept the multiverse explanations pretty straightforward, although they could’ve gotten very clunky and confusing very quickly. I decided that my mom, who hasn’t seen all of the Spidermen’s movies, would still have enjoyed it and not been constantly confused, which is a good benchmark.

I loved the wholesome friendship between Ned, Peter, and MJ, and how Ned wasn’t totally left out. Also loved that Ned and MJ still were friends even after Peter was wiped from their memories, although not quite sure how that worked.

Speaking of confusing things, I have some questions about the ending.

1. How exactly is Peter erased? Because MJ had a cut on her forehead in the last scene, so did she remember the whole battle where she got the cut, but just forget that Peter was there? Or how exactly are the blanks filled in?

2. How does Happy know Aunt May if he doesn’t know who Peter is, and presumably Aunt May would also not have known who Peter was after he was wiped. So how were they all supposedly linked “through Spiderman” when Aunt May was Peter’s aunt, not “Spiderman’s”.

3. In the post-credit scene with Tom Hardy as Venom, was this an accidental universe break? Because we know Topher Grace was Tobey Maguire’s Venom, and so he would be the Venom that knows about Peter Parker (and therefore could technically have come through the multiverse when Tom Holland Peter Parker messed up Dr. Strange’s spell.), But, Tom Hardy’s Venom was never linked to any of the Peter Parkers we know, so is there yet another Peter Parker in his universe that we just haven’t met, and that’s why he got summoned by the spell? Or are the writers just hoping that we’ll engage in the suspension of disbelief and decide that Topher Grace’s Venom and Tom Hardy’s Venom are the same, or somehow linked, and that’s why he was there?

In the future, I’m hoping that we could see more crossover, though I doubt it. And I appreciate the ending of this movie, but it still would warm my lil heart to see Ned and MJ remember him again, plus it kills me knowing how Peter’s connection to Tony Stark, Happy, May, and basically everyone important that he loves, is lost because he had to save the universe.

They seem to be really digging into the multiverse stuff, as we see with the upcoming Doctor Strange in the Multiverse of Madness, so maybe that will help Peter be known again by the people he loves. All in all, I would absolutely recommend this movie to anyone, and I can’t wait to see what happens next! 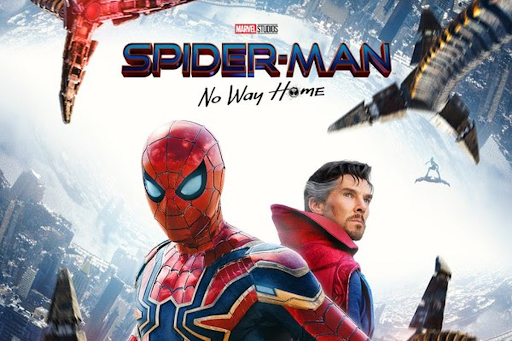 Posted by 4CallingBirds at 5:40 PM