Happy to say this post is spoiler free. These are just my initial reactions to it right after seeing it. Get hype.

Wow, good stuff. I'd like to start off by expressing my appreciation for how this movie did not heavily resemble the plot of The Empire Strikes Back in the same way The Force Awakens felt like a still-enjoyable re-skin of A New Hope. Ep 8 is its own animal that, while paying homage to Ep 5 in a couple ways, still holds its own.

The Old Characters: Luke and Leia really get their screentime, both have awesome moments and develop more as characters as opposed to just playing out what we've seen before. Leia in particular has a moment that feels like it was a long time coming and well deserved. Supreme gratification.

The newbies: Finn, Rey, and Poe get mostly split up, which while that was for a greater purpose, it was kind of sad to not see them all together considering how fun that was in The Force Awakens.

The baddies: Huge Andy Serkis fan here so really cool to see Supreme Leader Snoke in the flesh. I can't help but want to learn more about him. I'll leave it at that. Kyle Ren grew on me in this one. I really didn't love Adam Driver in the last one nor do I particularly enjoy him as an actor. His inner conflict here was believable. Hopefully by Ep 9 he'll be awesome. We'll see.

The new Ep 8 Characters: Newest player Rose was charming and wonderfully wholesome in the way you'd hope and expect every Star Wars villain to see. My favorite new character was Benicio Del Toro as DJ. His character really fit the world nicely and was just fun to watch. I hope we see more of him in the next film. Lastly, Laura Dern as Hodo was a really gentle performance and I particularly enjoyed how our opinion of her shifted. She also has a badass moment. 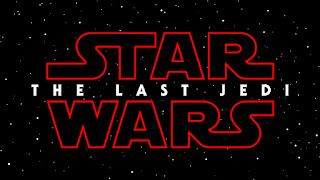