The Miracle Of Hanukah

For those who are unfamiliar, the Jewish holiday of Hanukah, also known as the Festival of Lights, celebrates the Jews (led by Judah Maccabee) retaking Jerusalem from the Syrians in roughly 166 B.C.  After their battle, Judah called on his followers to cleanse Jerusalem’s Second Temple, rebuild its altar and light its menorah—the gold candelabra whose branches represented knowledge and creation and were meant to be kept burning every night.  While they only had enough oil for one night, the menorah miraculously burned for eight nights, giving them time to find a fresh supply of oil.

That’s a nifty story but it’s not the miracle I want to focus on today.  To me, the truly miraculous thing is that Jews have celebrated this holiday for more than 2,000 years, but have still not reached a consensus on how to SPELL Hanukah.

Okay, I get that it is a Hebrew word and we’re talking about the English translation.  So maybe you have a choice A and a choice B in the spelling of the word.  But there are at least 8 different spellings in use today.  You have:

Does it start with an “H” or a “CH”?  That part I get.  The correct pronunciation starts with the sound you make when trying to cough up a fur ball from the back of your throat.  That suggests that the “CH” may be more accurate than the westernized “H”.

I know Talmudic study places a lot of value on the ability to argue different sides of a given issue.  And I know that once you have learned to spell or pronounce something one way in a given language, it is often difficult to look at it any other way.  But there literally is no definitive answer on the question of how to spell Hanukah.

I ran several Google searches on this subject and have found no single authority or even a consensus on how to do it.  Even as I write this, I’ve tried to spell it a number of different ways and Spell Check is willing to accept Hanukah, Hanukkah and Chanukah as correct, but has told me that Hanuka, Chanuka, Hannuka, and Hannukah are all spelled incorrectly.

How do you spell it?

Happy Hanukah to all, however you spell it! 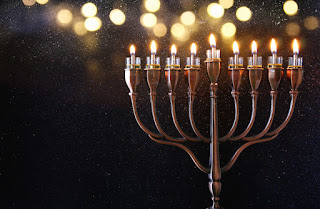