SETTING: Grandfather’s funeral. A spotlight shines down on an open casket that sits in the center of the stage facing upstage so the audience cannot see the inside of it. While people come and go during the scene in vignettes, the casket stays there for the whole play.

ALEX is a pretty straightlaced basic white guy, in med school, has a bland girlfriend.

BRIANNA is more progressive and boho-experimental. Always trying to find herself.

ALEX and BRIANNA stand downstage right, talking in hushed tones. Perhaps there are other grieving family members standing around talking or approaching the casket to say their last goodbyes, but for the most part, the stage is mostly empty.

BRIANNA: God, you’d think that they would’ve dressed the poor guy in something other than that tacky tie. I mean, the man was a Mets fan, but still-- blue and orange stripes? He’s practically dying in vain.

ALEX: Someone said it was Grandma’s favorite tie of his, so maybe they were honoring her or something.

BRIANNA: I bet Uncle Mike just thought it would be funny. Too bad Grandma’s not here to stop him. (beat) Anyway, so when are you going back to Boston?

ALEX: I’m catching a flight tomorrow morning so I can get back in time for class, and then I’m coming back for the will reading and the opening of the safety deposit box next week.

BRIANNA: (sarcastically) Yeah, maybe Grandpa accidentally dropped five bucks in the safety deposit box, and then you’ll actually have something to inherit.

ALEX: Oh please, we all know that I’m getting the better part of his inheritance, and I’m definitely getting the pocket watch. Grandpa knows I’m incurring debt from med school, and he was so proud of his first-born grandson for becoming a doctor and getting a real job, Miss Philosophy Major, so you know I’ll be in the black next week.

BRIANNA: I call bullshit. We all know Dad was Grandpa’s favorite, and I’m Dad’s favorite, so there’s no way I’m not getting the pocket watch.

ALEX: Bri, that thing has diamonds embedded in the surface, and is made of pure gold. It’s worth half of the inheritance itself at least. Who cares if we’ve never even seen the inside of it? The outside alone is worth thousands.

BRIANNA: Exactly! You wouldn’t keep the pocket watch because it’s too “girly” and sparkly, but I would, because I know the sentimental value of it. He fought in World War II with that thing, and he didn’t carry it around all these years later just to sell it to some high-level pawn shop.

ALEX: Well, maybe I’d give it to Penelope. She said she would love to have a piece of jewelry like that.

BRIANNA: As if Grandpa’s dying wish would be for your gold-digging tramp of a girlfriend getting her slimy hands all over his most prized possession. He never even liked Penelope. Plus, if the pocket watch was so valuable that he never let anyone look at it, what makes you think that he would let someone who wasn’t his own flesh and blood look at it, let alone keep it.

ALEX: (voice raising)I don’t believe for a second that you would actually keep that thing. Unless you start gold-digging yourself, you’re going to need a source of income when you realize that being a philosopher is not a real job these days. I bet you won’t last a month in the real world before you sell it and use the money to buy more useless crystals to “clear your chakras” or whatever bullshit you’re into these days.

BRIANNA: (voice also raising) You won’t be saying that when I use my rose quartz on you!

MOM: (whisper yelling) What on earth is going on over here? This is a place for mourning and spending time with the family. Why is there yelling?

BRIANNA: Sorry, Mom. I wish this was more like your dad’s funeral. At least then there was kugel and wine. You would’ve never noticed that voice raise then.

MOM: I agree that sitting shivah is a better celebration of someone’s life, but your father’s father was Protestant, and they prefer a more subdued event. But if I have to listen to your Uncle Mike defend that bullshit story about how that hideous tie was your grandmother’s favorite one more time, I’m going to break out the communion wine. (Alex and Brianna laugh). What were you guys talking about anyway?

ALEX: We were talking about how I’m going to inherit Grandpa’s pocket watch and wear it all the time in his honor.

BRIANNA: ACTUALLY, we were talking about how I’M getting the pocket watch because I was Grandpa’s favorite.

ALEX: The man was so traditional, how would he not give it to his first born grandson and also future doctor.

MOM: I hate to break it to you both, but no one is getting to see that pocket watch, let alone keep it. It’s being buried with him.

MOM: Your dad says he and Grandma would’ve wanted it that way, and I believe that way more than I believe the tie thing. I know you guys weren’t always that close with him, but if you want to go say your goodbyes, now’s the time. They’re closing the casket in five minutes.

MOM exits. ALEX and BRIANNA walk over to the open side of the casket while they talk.

ALEX: God, I can’t believe he’s being buried with the pocket watch.

BRIANNA: I know, what a waste.

ALEX: (Looking at Grandpa in the casket) Look at him. He looks so still and pale.

BRIANNA: Well duh. (grabs ALEX’s arm in surprise and points at the casket). Look! In his pocket! You can totally see the pocket watch. Ugh, I wish we could just take it and sell it. It’s not like anyone would know, and then we could even split the money.

ALEX: (hesitating) That’s crazy. We couldn’t do that… right?

BRIANNA: You’re totally thinking about it now! Come on, just reach in and grab it.

ALEX: Ew, I don’t want to touch him! He looks all cold. What if I mess him up or something?

BRIANNA: You’re such a loser. I’m going in.

As Alex tries to stop Brianna from reaching in, they stumble and bump into Grandpa, causing the pocket watch to slide out of his pocket and pop open.

ALEX: Now look at what you did! Quick, close the pocket watch and put it back in his pocket before someone sees!

BRIANNA: Fine! (beat) Wait, did Grandpa ever say anything about the inside of the pocket watch to you? Have you ever seen it?

ALEX: No, he wasn’t in the habit of giving his prized possession to us when we were sticky toddlers. Now can we please just put it back in his pocket and go?

BRIANNA: (beat) Oh my god, look at the face of the pocket watch. Is that a…?

BRIANNA: Holy crap! Why does Grandpa have a pocket watch with a swastika on it? Was Grandpa a nazi? Does Dad know? Even worse, does Mom know?

ALEX: I can’t imagine why that thing would be his most prized possession if he wasn’t a freakin’ nazi! But why would Dad have married a Jew if he knew about Grandpa?

BRIANNA: I don’t know, but how could he not have known? And Grandma?

BRIANNA: Me either. We have to go. Should we tell someone? Or ask someone about it?

ALEX: I don’t know, but I can definitely say I don’t feel as bad about him rotting in that hideous tie now.

BRIANNA: I think we have to tell one of them. We need to find out if Dad knew before we find out what Mom knows. She’ll be devastated.

ALEX: Ok, but later, tonight. Nazi or not, right now Dad’s about to put his father in the ground.

BRIANNA: But if we bury Grandpa, we bury the evidence with him. I’m taking it. I don’t care what Dad says.

BRIANNA: (grabs the pocketwatch gingerly and drops it into her purse)

With one last look at the body, and then at each other, and back at the body, ALEX and BRIANNA walk in silence upstage left, out of the spotlight that shines on the casket. 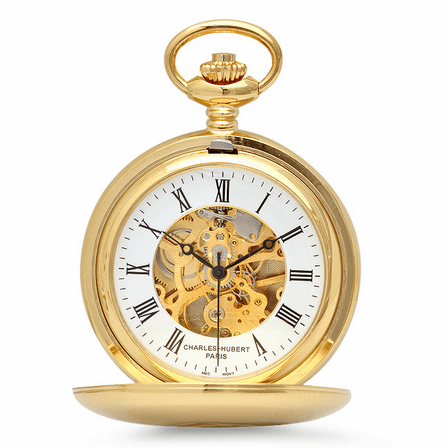 Posted by 4CallingBirds at 2:26 PM