The Joy of Naps

My family has a huge nap culture. I was raised to take naps; they made me less cranky when I was young and they serve the same purpose today. Some people I know do not take naps and it shows. Just saying.

If you’re in the United States and walk south, you’ll find yourself in a great land where naps are built into the day. The whole workday and culture is built around having an extended period in the afternoon for everyone to go take a nap. This land is called Mexico. It is a paradise, and I am no scientist, but it might have to do something with the naps. Mexico also has fewer cases of COVID than we do. I imagine when people spend some time during the day to sleep, they’re less likely to be outside spreading a virus. Just saying.

The science speaks for itself. 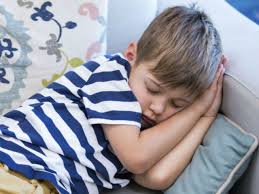 Posted by 4CallingBirds at 4:44 PM