In honor of a cute little baby I know that was born yesterday, I shall write about names tonight.

In my family, we name kids after living people (a religious tradition, but not a mandate). I was named after an aunt, who married a man with the same name, and then they had a son whom they named the same name.  Lots of confusion when we all got together!

In my husband’s family, they name kids after deceased persons or at least use the first initial of that person’s name (also a religious tradition, and a little more of a mandate). Our son has the same initials as his father and also his grandfather.  Our daughter has the same middle initial of both her paternal grandfather and maternal grandmother.  Yes, I know, it starts to sound a bit like alphabet soup.

When I was growing up, everybody whose name lent itself to a nickname, used the nickname.  So much so that I just assumed that was how the world worked. I cannot think of one exception! So Garrett was Gary, Joseph was Joe, Patricia was Patty, and so forth.  Then, I grew up and people actually seemed primarily to use their proper names – how weird is that?

Once our circle of friends started to have kids, it got really fun. With some of our good friends, we once spent an entire dinner bouncing names off of one another to find the perfect bullet-proof name for their first-born (one that couldn’t be turned into a slight, one that didn’t remind anybody of the mean kid in third grade, etc.).  That “kid” is now like 23 year old. I should probably check in with him to see how that worked out. 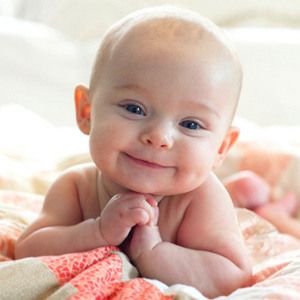 Posted by 4CallingBirds at 7:39 PM