So last night in this blog my son detailed his Top 5 Movies of 2018. I, frankly, cannot even begin to recall all of the movies I have seen this past year so I figured I would be safe and call my piece Excellent Movies of 2018.  I decided there is a common thread running through all these movies but I let you figure it out as you go through.  Herewith in no particular order:

Blackkklansman
Simply put, Blackkklansman tells the story of of 1970s African-American rookie undercover detective Ron Stallworth (John David Washington) who infiltrates the KKK with the help of Jewish partner Flip Zimmerman (Adam Driver).  I have to admit, I have not really seen many Spike Lee movies.  This one I liked so much, I decided I need to circle back and check out some of his other projects.  I enjoyed the plotline, of course, but what intrigued me the most was a white person “passing” as a black person, a black cop “passing” as an anti-establishment activist, etc.  And, of course, the movie takes on a special poignance when one considers the racial climate we find ourselves in today.  Plus then finding out that it is based on a true story just puts me over the top!

Can You Ever Forgive Me?
A celebrity biographer, Lee Israel, turns her falsifying letters when she can no longer make a living writing novels.  First thing to point out is Lee is played by Melissa McCarthy.  I will see anything this woman is in.  Here again, I enjoyed this simple but unique story for which it is not readily apparent where it is going to end up.  And it turns out this is a true story as well.

Free Solo
This movie is about a real professional climber, Alex Honnold, who completes the first free solo climb of the infamous El Capitan's 3,000-foot vertical rock face at Yosemite National Park.  How dry does that sound?  Well, it turns out that this film is the exact opposite – it is riveting.  In addition to learning the painstaking level of preparation that goes into such a climb (imagine a person memorizing each and every hole and rock pattern much like a composer knows by heart each and every note and rest note in a score), we gain an insight into Alex’ psyche as he prepares himself for the ascent.  Also, a major shout out to the photographers and videographers who, while they did not free solo while they were climbing and filming, they did have to navigate the climb with very heavy and very costly camera equipment!

RBG
Justice Ruth Bader Ginsburg. A rock star on the United States Supreme Court.  Any movie about such an extraordinary human being can only be, by is association, an extraordinary film.  Enough said.

Three Identical Strangers
Here, identical triplets become separated at birth and adopted by three different families. Years later, they defy the odds and reunite.   That in and of itself is pretty crazy.  Add on top of that the weird, creepy, science experiment that was apparently being done by the adoption agency, with the results being under lock and key at Yale University until the practical ending of the triplets’ lives, and you have one helluva story.

This concludes my list.  I reserve to right to add movies as I think of them… 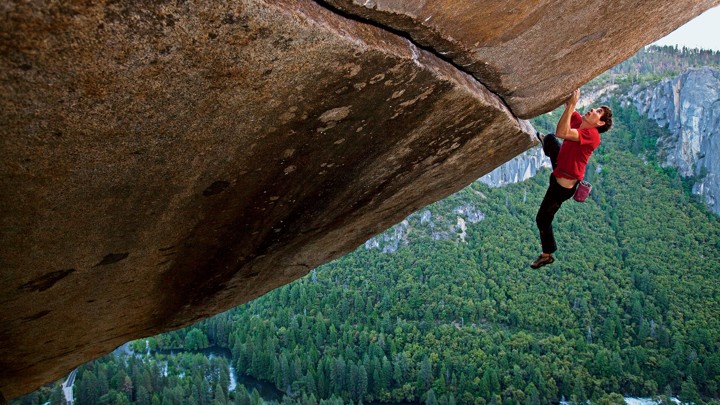 Posted by 4CallingBirds at 7:37 PM