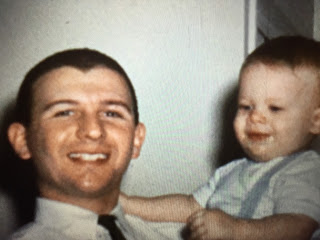 A bunch of our blogs this year have been focused on college because that was such a big focus for us this year.  So tonight, on what would have been my father’s 85th birthday, I thought I would share the story he shared with me about how he got to go to college.

My Dad grew up in Philadelphia and was very poor.  His parents divorced when he was very young and his mother worked several jobs just to make ends meet.  As a young man in high school, my father was good at math and had aspirations of becoming an engineer.  With no way to afford it, the odds of him getting a college education were slim.

Luckily, back in that day, Temple University had a program where they allowed interested high schoolers in Philadelphia to take a test they offered.  The person who scored the highest on the test would get a free ride to attend Temple.  When he got to senior year, he dutifully prepared for and took the test.

He came in second place.

So close but not quite close enough.

But then a wondrous thing happened – Temple University wrote to tell him that the person who scored highest on the test declined the scholarship and chose to go to college somewhere else.  The scholarship was his if he wanted.  He did.

At the time, Temple did not have a College of Engineering (it opened in 1969) so my father became a math teacher.  He was thankful for the education and always tried to imbue in his sons an appreciation for their education.

While not what he originally hoped to study, my father had a long career as a teacher and guidance counselor, most of it at DeWitt Clinton High School in the Bronx.  I’ve often wondered if he didn’t have classes of new students each year for all of those years, he never would have had new audiences for all of his bad jokes and puns.  Maybe things happen for a reason.