Best Film Of The Year!

In one of this year’s more entertaining viral trends, “Thousands of Tumblr users have been making posters, soundtracks, drawings and fan fiction for a 1973 Scorsese film starring Robert De Niro – but it never existed”. It’s a spy film called “Goncharov” and it’s pretty funny.

I decided to make fake film titles and concepts for other directors that sound feasibly real.

Follows two private investigators hired to investigate a missing family member involved in the Jonestown Cult in 1978 Guyana. The PIs are able to track down the family member and kill Jim Jones, stopping the mass suicide.

A meandering hang-out movie following young adults just out of college living in New York City. For the first time in their lives, they struggle to adapt to a life without a clearly laid out path.

A drug that (seemingly safely) keeps people awake for 20 hours a day becomes increasingly popular in the US. Long term use starts to cause people to lose their minds and sometimes turn violent. We follow a couple who navigate this new world, with social commentary on grind culture and poor work-life balance.

A still-unclassified true story about a group of American operatives tasked with sabotaging Russian weaponry in the war in Ukraine. 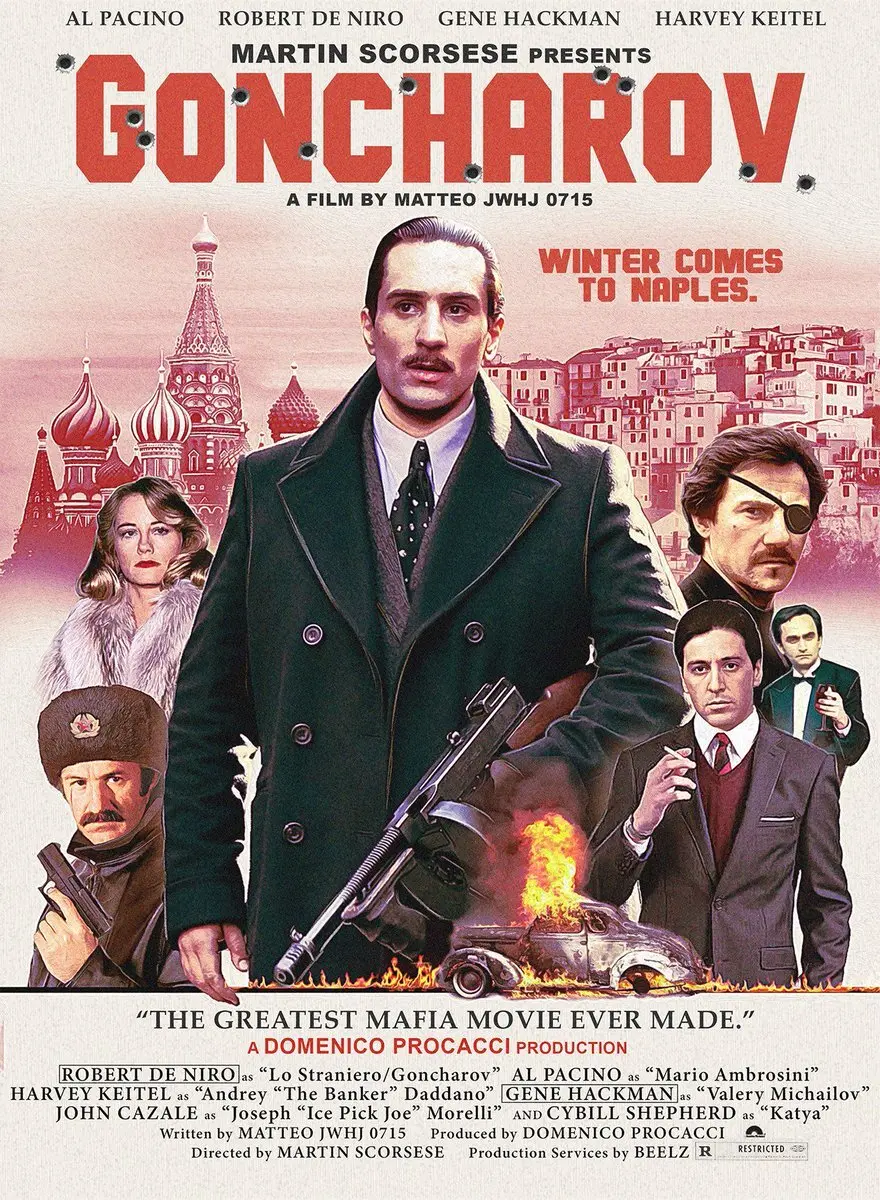 Posted by 4CallingBirds at 6:53 PM