Musings on the Male/Female Dynamic

This past week I have been called at least four different names from various men.  A disparate cross section of people I know in various capacities. Not sure yet if this is going to be an essay about me, about how men see and treat women in the world, or what it’s like to be a “woman in a man’s world”.  Come along for the ride…

“Sweet Pat” – This came from a contractor with whom I regularly deal.  He does great work and we have a nice working relationship.  He called me this in the context of a return call to come and tweak some work done on my home. Here, I regard the label as a success because I feel like it represents my ability to get what is my due, and do so in a nice manner.

“My Love” – This came from a service department guy from my car dealership. I’ve only known this guy for ten minutes.  Here, it felt like a simple term of endearment.  To be clear, in the past I have been called “sweetheart” and the like in that very demeaning, insulting way.  This was not that. This was a guy calling me to tell me my car was ready, but in his friendly way. But how would he have addressed me if I was a man? “My Buddy”? I think that would be the familiar equivalent. Yet he would not have done that. So I am only left to conclude here that men feel comfortable, and that it is appropriate to be familiar and casual in a professional setting, with women but not men.

“Baby Doll” – This one cracked me up.  Such a throwback.  It came from a friend who I know pretty well, but only met a few years ago as an adult. It just struck me since married folk don’t generally break ranks and called their friends that, but I take it in the spirit with which it was offered – very sweet.

“Slick, but you’re nice so you get away with it” – This one is the humdinger that made it blog-worthy and caused me to sit right down and reflect upon it. The context here is work that is being done that I have no control over but directly affects me.  In this scenario, recognize I have only soft power. Therefore, I must monitor the situation and comment on it where I can to protect my interests. But I have to be exceptionally nice because as I said, I have no power. This label made me cringe. If I was a big hulking guy dealing with this situation, I wouldn’t have to be nice. And I most definitely wouldn’t be called slick – just a smart/savvy/revered person. This label smacks of woman-know-your-place.  The thing is, the guy who said it is a nice guy and I wouldn’t say on the surface is misogynistic. It just feels like it is buried so deep in him, so primal, that that it is the lens through which he sees women.  I guess that’s how we get systemic sexism.

It seems my little essay turned out to be all three – about me, the male lens, and the female experience. I guess stay tuned for any new labels foisted upon me! 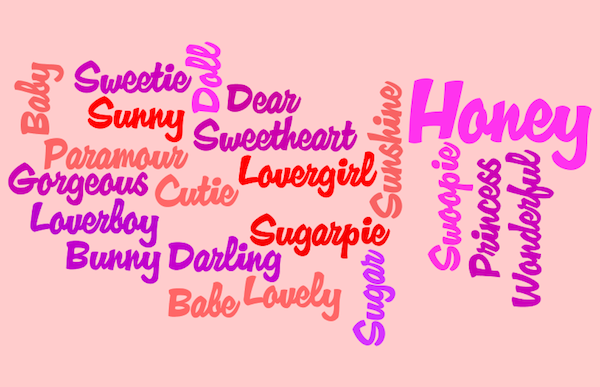 Posted by 4CallingBirds at 2:27 PM